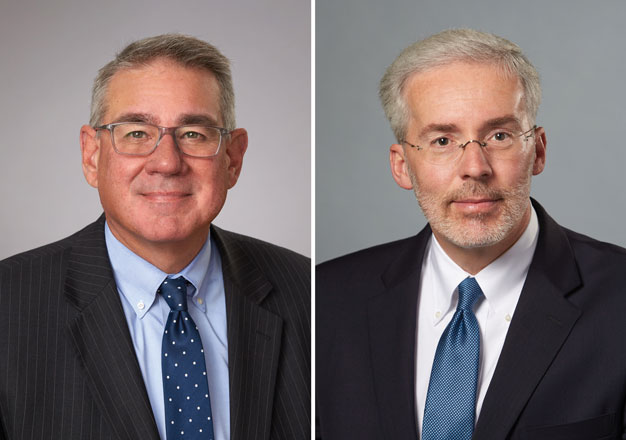 “I am very pleased to announce the promotions of these two highly qualified and deserving senior managers,” said President and CEO Stephen P. Costello. “Each has fulfilled their roles with a blend of expertise, vision and leadership, which they bring to their new positions and will help guide our organization into the future.”

Mr. Lake has served as Bank of Canton’s senior vice president/chief risk officer since 2020. Among his previous financial roles, he served as the chief financial officer and treasurer of Peoples Federal Savings Bank in Brighton and as senior vice president at Rockland Trust Company. Early in his career, he was a senior bank examiner for the U.S. Treasury Department, Office of Thrift Supervision in Boston. A Norwood resident, Mr. Lake holds a B.S. in Finance from Bentley College and an M.B.A. from the University of New Hampshire.

Mr. Lindberg joined Bank of Canton in 2015 after 29 years in commercial lending, including several executive positions at large financial institutions. He continues to be responsible for the performance of the bank’s commercial loan portfolio, and, as executive vice president, he now also oversees the performance of the bank’s retail branch network. A graduate of Bryant College with a B.S. in Finance, he lives in Attleboro with his wife, Dawn.

Bank of Canton’s board of directors approved the promotions last month. Both Mr. Lake and Mr. Lindberg continue to report directly to Mr. Costello.