/home/client/public_html_restored/wp-content/themes/boc-responsive/page.php 6968
Home / About Us / News & Events / We’re Working Together to Protect You from Fraud

We’re Working Together to Protect You from Fraud 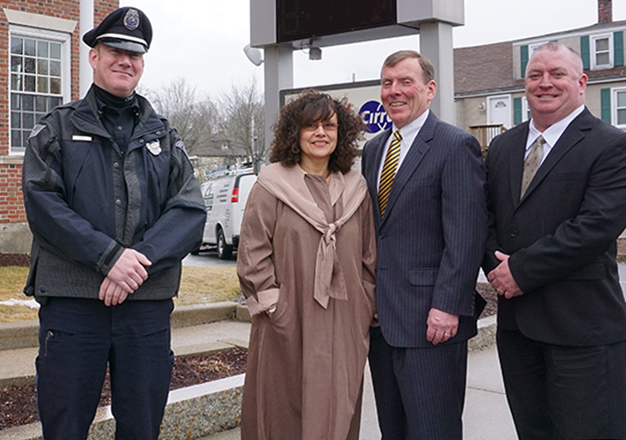 The following article appeared in the February 28, 2019, edition of the Canton Citizen newspaper, under the headline, “Spot the Warning Signs of Financial Fraud,” by Peter Shea.

One morning last November, a Canton woman I’ll call Mrs. Johnson got a frightening phone call from her sobbing son who lives in the Pacific Northwest.

Her son quickly handed the phone to a police officer, who explained to Mrs. Johnson that she could wire the money for her son’s bail using Western Union. He would contact her in three hours with the details. So Mrs. Johnson quickly went to Bank of Canton, and asked to make a withdrawal.

Let’s pause the story here. Before I get to what happened next, I want to stress that this was a real event that happened to a real Bank of Canton customer. Sadly, it happens every day across the country to senior citizens and other vulnerable populations.

Commonly referred to as “The Grandparent Scam,” Mrs. Johnson’s story contains several telltale signs of fraud: an out-of-state relative in trouble, a high-pressure situation, a dollar amount just under $10,000, a demand for a wire transfer.

The Grandparent Scam can be perpetrated by anyone with just a little knowledge of the victim’s family.
By basing the scam on an emotional situation (like an arrest or a medical emergency), the supposed relative can plausibly cry, sob, and otherwise disguise their voice and quickly hand off the phone to someone else to continue the ruse.

In the scam, the dollar amount required to cover the relative’s expenses will almost always be just under $10,000. This is very deliberate: scammers know that banks have stricter recordkeeping and controls for transactions of $10,000 or more. By keeping their request to just under $10,000, they avoid placing their victim in a position where their wire transfer would receive additional scrutiny.

Mrs. Johnson’s situation was the second instance of The Grandparent Scam that our employees identified last year. This first time, an elderly woman withdrew thousands of dollars in cash because her granddaughter had called to tell her she was in jail in another state and needed the money. With the help of the Canton Police Department, we intervened in time to prevent the fraud.

Back to Mrs. Johnson…. Our banker Susan Moore listened carefully to her story, and contacted the bank’s assistant vice president of security, Paul McNiff. Paul arrived immediately, greeted Mrs. Johnson, and asked how he would get in touch with her son if he weren’t in jail – could she share his work or cell phone number, perhaps? Mrs. Johnson grew anxious; those phone numbers were at home, and she was in a hurry. So Paul offered to drive her back to her house (Mrs. Johnson doesn’t drive) to help resolve the situation. She agreed, and, once at home, they were able to reach her son at work and confirm that he was OK.

As for the scammers who called back three hours later? They found themselves talking to Canton Police Officer Robert Zepf (Paul had called the police about the incident, and they dispatched Officer Zepf to Mrs. Johnson’s house). Once the scammers realized they were talking to an actual police officer, they abruptly hung up and did not call back again.

The Grandparent Scam can happen to anyone. Remember the warning signs – an out-of-state incident, a high-pressure situation, a wire transfer request – and caution your elderly relatives about them before any signs of trouble. Working together, we can help keep our communities safe.