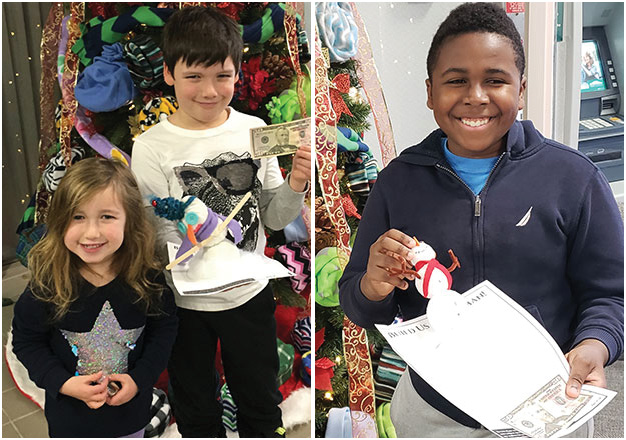 CANTON, Mass. (December 28, 2018) – Bank of Canton recently announced the winners of its 2018 Holiday Craft Contest, in which young artists between the ages of 3 and 14 submitted snowman sculptures made from non-perishable materials. The bank received 37 entries from around the Greater Boston area.

Randolph residents Stephen Onofrey (age 7) and Jaden Berivard (age 11) each won a $50 runner-up prize in their respective age group. Nine of the eleven winners were selected by the bank, while the other two were decided exclusively by the number of Likes their entries received on Facebook. The bank awarded a special $250 prize to the art department of Delphi Academy of Boston, in recognition of the outstanding effort made by the Milton school’s art teacher Elissa Heim and fourteen of her students.