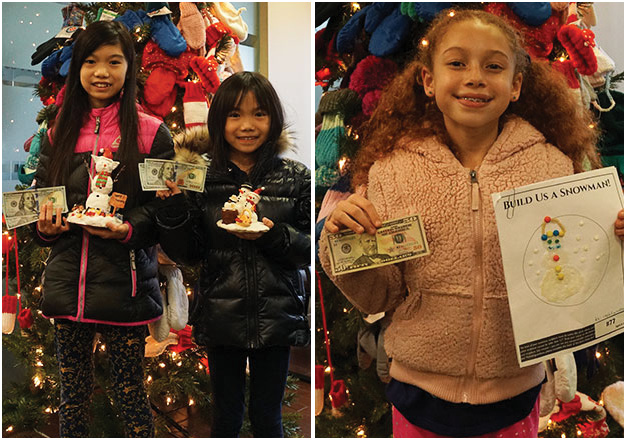 YuAnn and YuJean Chen of Braintree, with their winning sculptures and $200 Grand Prize awards. Layla Sandler of Braintree holds her $50 prize and runner-up entry.

Braintree residents YuAnn Chen (age 11) and sister YuJean (age 7) each won the $200 Grand Prize in their respective age group. Layla Sandler (age 9), also of Braintree, was among the $50 runner-up prizewinners. Nine of the eleven winners were selected by the bank, while the other two were decided exclusively by the number of Likes their entries received on Facebook.

The bank awarded a special $250 prize to the art department of Delphi Academy of Boston, in recognition of the outstanding effort made by fourteen of the Milton school’s students and art teacher Elissa Heim.