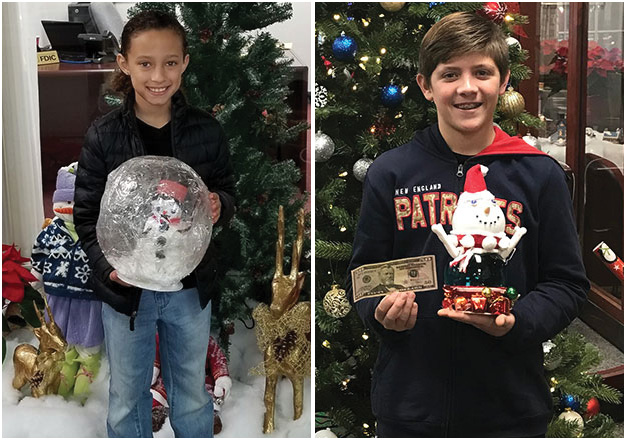 Milton resident Payton Knight, age 9, won the bank’s $100 Facebook prize in her age group for her spherical snow globe made out of clear packing tape. Twelve-year-old Casey Olsen, also of Milton, was among the $50 runner-up prizewinners. Nine of the eleven winners were selected by the bank, while the other two were decided exclusively by the number of Likes their entries received on Facebook.

The bank awarded a special $250 prize to the art department of Delphi Academy of Boston, in recognition of the outstanding effort made by fourteen of the Milton school’s students and art teacher Elissa Heim.

Contestants utilized a broad array of materials and designs, including oven-fired clay, paper mâché, glass ornaments and stuffed socks. All entries can be viewed on the bank’s Facebook page, www.facebook.com/thebankofcanton/.