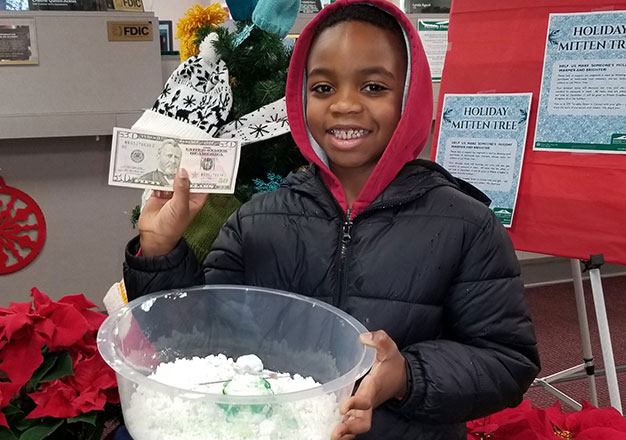 Micah Saintelia of Weymouth holds his winning sculpture and $50 prize.

Weymouth resident Micah Saintelia, age 6, won a $50 runner-up prize in his age group. Nine of the eleven winners were selected by the bank, while the other two were decided exclusively by the number of Likes their entries received on Facebook. The bank awarded a special $250 prize to the art department of Delphi Academy of Boston, in recognition of the outstanding effort made by fourteen of the Milton school’s students and art teacher Elissa Heim.