/home/client/public_html_restored/wp-content/themes/boc-responsive/page.php 2277
Home / About Us / News & Events / Bank of Canton Named Business of the Year by the Canton Association of Business and Industry (CABI)

Bank Honored for Its Support of Community-Focused, Non-Profit Organization 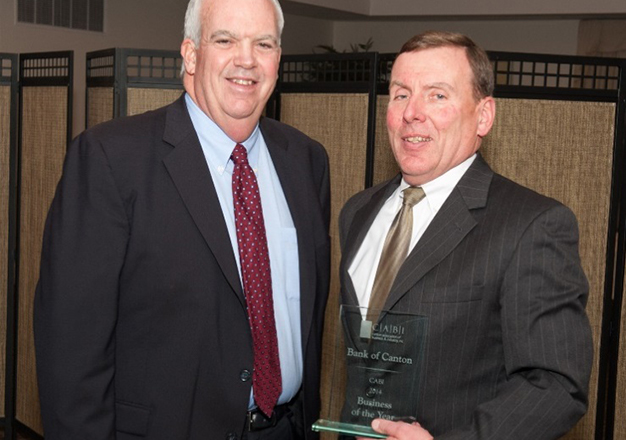 CANTON, Mass. (January 15, 2015) – Bank of Canton has been honored as the 2014 Business of the Year by the Canton Association of Business and Industry (CABI). CABI is a non-profit organization dedicated to supporting the Canton community, whose diverse membership includes local businesses, hospitals, school systems and international corporations.

“As a longtime member of CABI, it’s an honor to be recognized by individuals and businesses who all share the same goal,” said Stephen P. Costello, President of the Bank of Canton, who received the award on behalf of the bank. “Specifically, making the town of Canton a place where residents, businesses and local government can support one another and thrive side by side.”

“The award recognizes a member company whose contributions to the organization are above and beyond,” said Gene Manning, President of CABI. “It also exemplifies the goals of CABI and the business community in partnering with the Town of Canton as an outstanding corporate citizen.”

Among its many contributions to the CABI organization, the Bank of Canton has provided accounting and audit support, and also managed the filing and registration process that earned CABI its non-profit status.