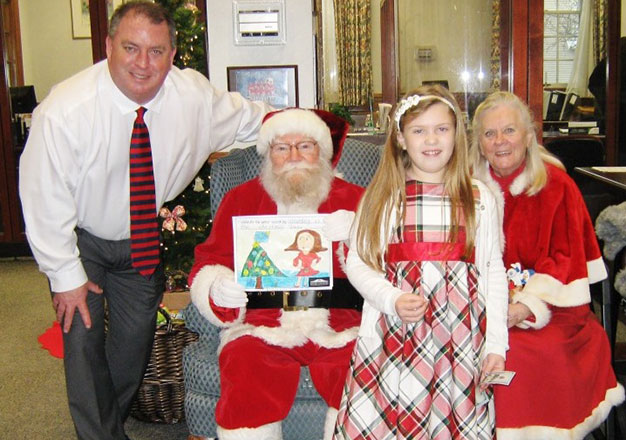 CANTON, Mass. (December 29, 2015) – Today Bank of Canton announced the fifteen winners of its December drawing contest, which challenged young artists to depict how they celebrate the winter season. Among the winners were Canton residents Veronica Bell, Brian O’Toole, Noelle Warburton and Gina Zollo.

The bank awarded a total of fifteen $100 bills to children ranging in age from 3 to 12 years old, across Brookline and the South Shore. Approximately 70 children submitted entries, which were judged on artistic merit, creativity, and theme communication for their age bracket.

“We got a great turnout – close to 25 entries were submitted to this branch alone,” said Paul McNiff, manager of Bank of Canton’s 557 Washington Street branch. “It was hard picking the winners.”

“We struggled as judges too,” agreed Juan Barrera, manager of the 259 Turnpike Street branch. “We saw so much creativity and talent. We asked some of our regular customers for their opinions, which they enjoyed a great deal. It was a lot of fun.”

The drawing contest was part of Bank of Canton’s “Winter Celebration” promotion, which also included a free public showing of the film The Polar Express at the bank’s 250-seat Canton auditorium on December 18. Bank employees also randomly surprised 250 individuals with Dunkin’ Donuts gift cards, and posted pictures of the lucky recipients to its Facebook page, www.facebook.com/thebankofcanton.